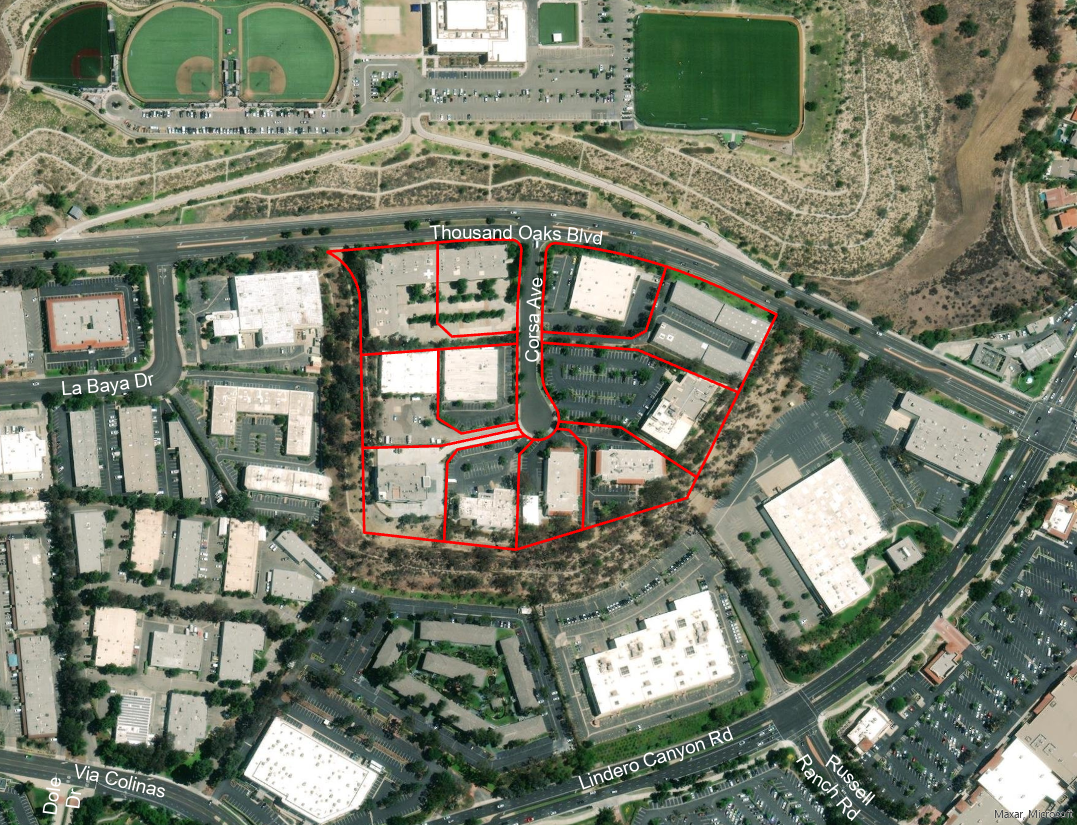 The Mixed-Use Corsa District is one of the areas within the North Business Park Specific Plan that is designated for residential development or mixed-use residential/commercial development. The City has received numerous inquiries from property owners and developers about developing these sites.

The Mixed-Use Corsa District consists of 11 separate parcels located on Corsa Avenue totaling about 15 acres. The specific plan allows the parcels to be developed individually or assembled. The maximum allowed number of residential units on all 11 properties combined is 145 units.

Any projects on these properties would be required to comply with the development standards set forth in the specific plan, including but not limited to the following:

A development project proposed for these properties would require City Council approval through a Planned Development Permit, including a noticed public hearing.

Note: Under the provisions of the State Density Bonus Law, a developer has the right to request incentives and concessions in exchange for building units that are restricted for rental or purchase to low income households. These incentives and concessions may include constructing additional "bonus" units beyond the maximum otherwise allowed and being granted exceptions to development standards including but not limited to those listed above.